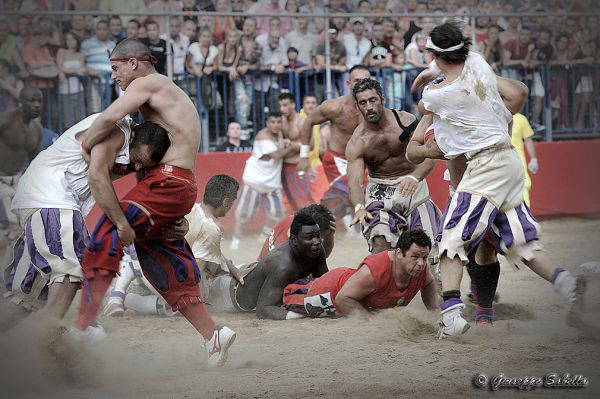 Rules? what rules ? Calcio Storico Fiorentino – SAVE THE DATE – JUNE 24 is the finale

Not to be missed if you are in Tuscany in June – the amazing spectacle of  Calcio Storico Fiorentino #calcio, It  is a combination of soccer, rugby and wrestling originated in 16th century Florence and played today in historical costume. The four teams of the historical neighborhoods of the city play against each other, first in two semi-finals and then the final match to determine the winner. The final match is always held June 24 -the day for the patron saint of Florence -  St. John the Baptist. On this day, there is a spectacular parade in historical costume starting in Piazza Santa Maria Novella and heads through the center on its way to Piazza Santa Croce. ( where the game is held) Each of the four districts (Santa Croce (blue), Santo Spirito (white), Santa Maria Novella (red), and San Giovanni (green) is in the parade, you’ll see the players going by as they go to play the final, even those that won’t be playing the last match. The parade starts roughly around 4pm since the final should start around 5pm

END_OF_DOCUMENT_TOKEN_TO_BE_REPLACED

Perfect vacation in our apartment in Florence:

What a wonderful time we all had in Florence. We could not have asked for a more perfectly situated apartment, literally a minute from the Duomo and the views from the rooftop terrace were fantastic. The apartment itself far exceeded our expectations and the booking and checking in/out processes were so easily done.
We managed to fit in visits to all the major city center sights in Florence and spend time in the Uffizi too. The conference was also a resounding success and between the culture and the science we all benefited from our time in Florence. We will certainly return to explore more of the Italian countryside and probably Rome too!
Thanks again
Helen

This client stayed in our wonderful apartment Mirage – http://www.classicvacationrental.com/dest/propdetail.asp?propertyid=552 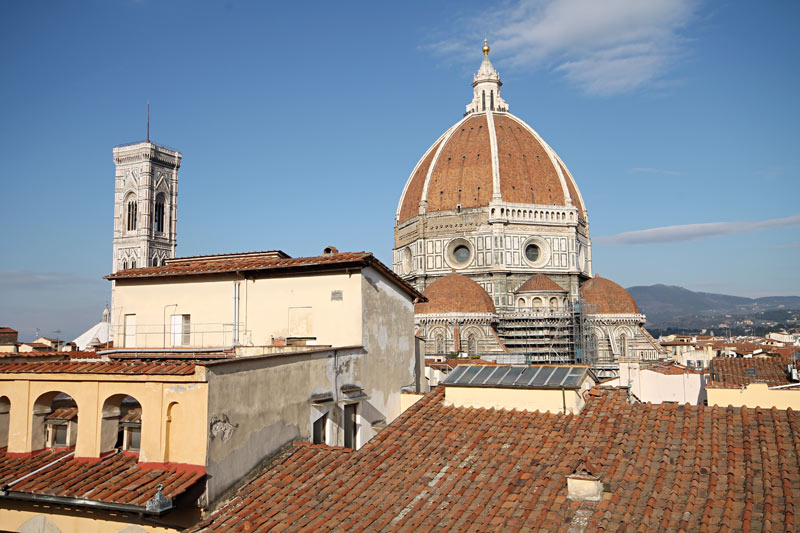 Florence – one of the most visited locations in the world, is a great location for a 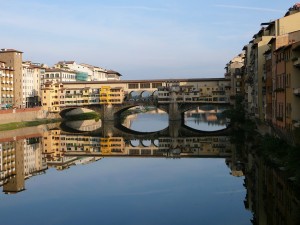 As baby boomers hit retirement and generation Xers become soccer moms, more and more families will be looking for vacation spots that work for a wider age group. With this in mind, the members and editors of VirtualTourist.com compiled a list of the “Top 10 Multi-Generational Destinations.” The aim was to find locales that will provide stimulating activities and a multitude of options for children, parents, and grandparents while on vacation. Reuters has not endorsed this list: END_OF_DOCUMENT_TOKEN_TO_BE_REPLACED