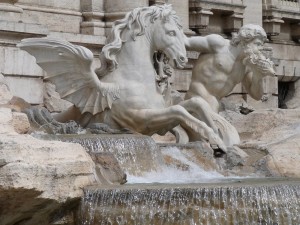 In seven of Italy’s popular tourist destinations including Florence, Rome, and Verona an alarming heat wave alert has been generated during this weekend. The possibility of this heat wave has also been termed as a ‘red alert’ due to the ferocity of its magnitude. This could be compared with the ‘infamous’ summer of 2003.

Antonio Sanò, the director of weather website ilmeteo.it, said Sunday and Monday will be the hottest days in Italy. “40C in Puglia, Calabria, Sicilia, then a record 40C in Rome which will feel like 42C, 39C in Florence with a perceived temperature of 42C, and 38C in Bologna where it will feel like 43C,” he said in an online statement.Reportedly, this heat wave will sweep across Italian cities from Africa.

Locales as well as tourists have been advised to adopt various preventive measures in order to cope up with the heat. The Ministry of Health has published an online list of tips on how to stay safe during this life destroying heat wave. These include moderating coffee consumption, switching from meat to pasta and fish at dinner time, and wearing cotton and linen.